Hello and happy Monday!  I hope you had a nice weekend!  We had some windy weather, but it kept the temperatures a little cooler than normal for this time of year, so I didn’t complain!  And I finally had a chance to get into the sewing room and do some fun sewing.  I’m working on some simple patchwork projects that make for relaxing sewing.  I love cutting up squares and just being able to sew them together! 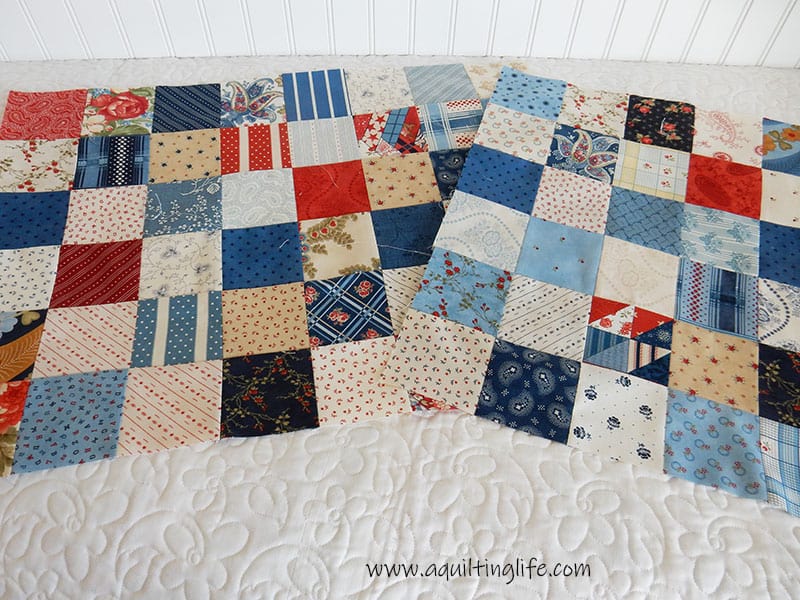 On Friday afternoon I pulled out my large container of red, cream and blue fabrics and started cutting squares.  I soon realized that I had a lot more blues and creams than reds.  However, red is such a strong color that I found I didn’t need a lot of it.  I made two even piles with my squares: one pile had blue and red squares, and the other pile had “lights.”  Then I sewed one square from each pile to a square from the other pile. 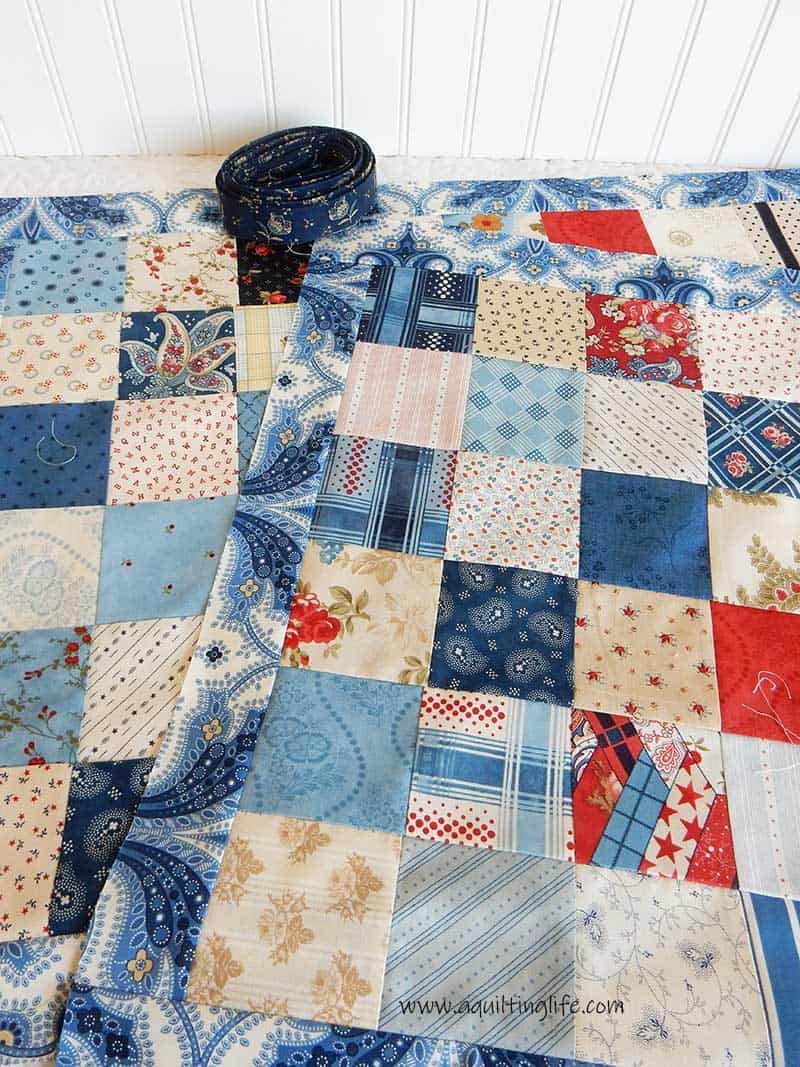 I can’t remember the last time I just sat and sewed simple squares.  But it was really so relaxing and fun.  I kept thinking I should make more simple patchwork projects!  After finishing up my patchwork I added some borders.  And while I was at it, I cut and pieced and pressed the binding.  These are ready to be quilted, and I’ll share the entire project when it’s finished. 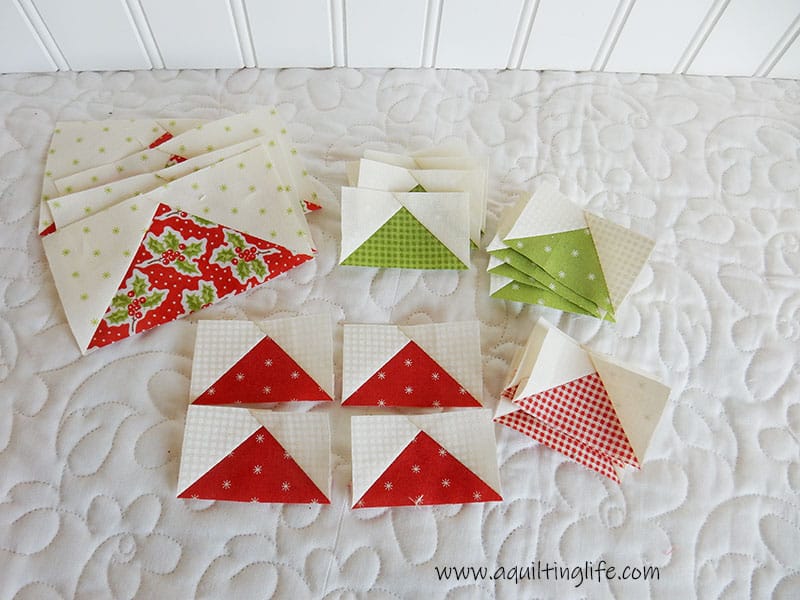 Next on my list was some flying geese blocks for an upcoming Christmas in July project tutorial!  I used scraps from a couple of previous Christmas Figs projects and really enjoyed making these too!  I used the Bloc Loc Flying Geese rulers for these and have decided that these rulers are really my absolute favorite way to make this block.  The only downside is that you have to purchase a different ruler for each size flying geese block you are making.  However, if you want perfection, this ruler makes it possible. 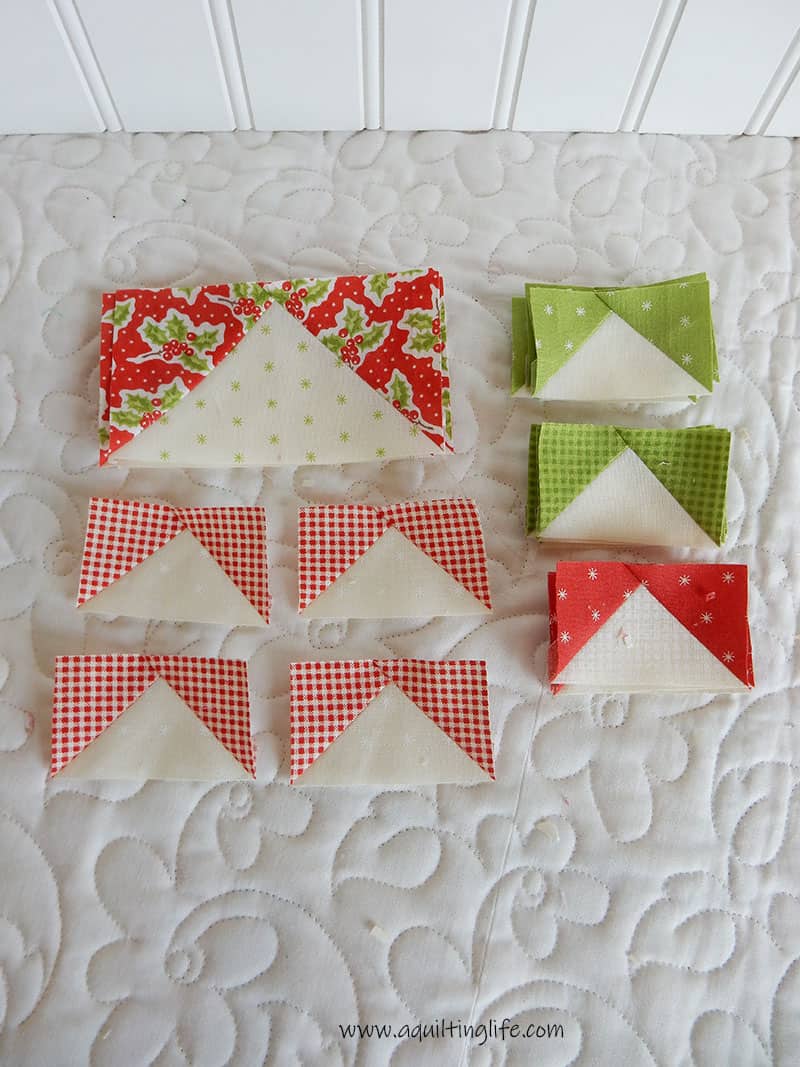 Just as I was trimming the final flying geese blocks, I realized I had reversed the darks and lights for the project I’m making.  So the flying geese in my first photo are now extra, and I made another complete set the correct way!  I’ll just have to come up with something fun to use the first set of blocks for! 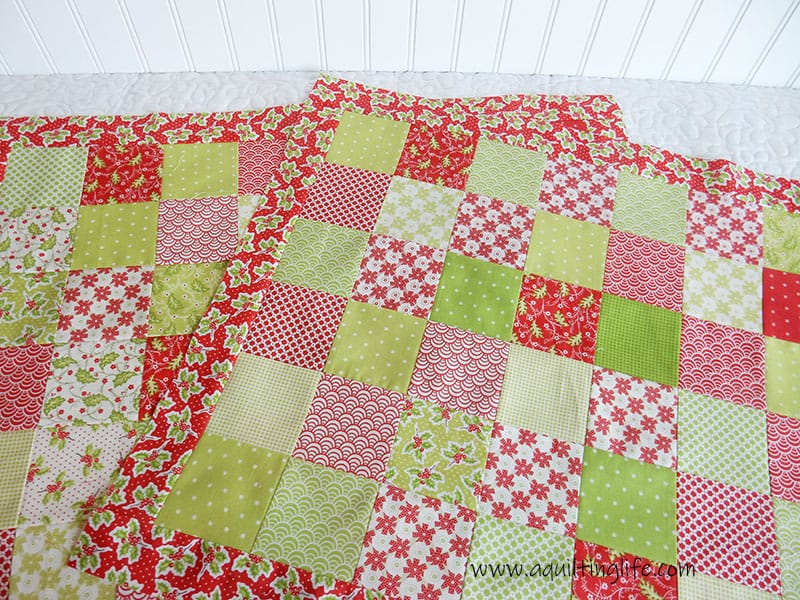 As I was getting ready to put my fabrics away I realized something.  I didn’t really have very many Christmas Figs fabrics left after cutting everything I needed for my projects.  So I decided to cut my remaining scraps into squares!  I’d had so much fun sewing those simple patchwork pieces earlier that I decided I needed to make a Christmas version as well!  Some of the fabrics are repeated quite a few times in my Christmas version, but I don’t think it’s going to matter when I have it finished up.  And I have another project now instead of more scraps! 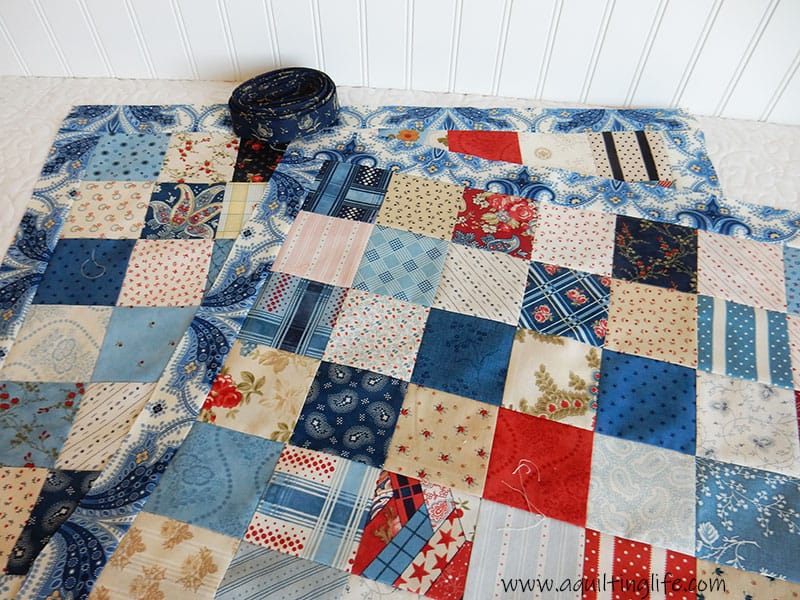 I really enjoyed simple sewing with squares this weekend!  And I can’t wait until my projects are finished up so I can share them!

Some More Ideas for Simple Patchwork Sewing with Squares: